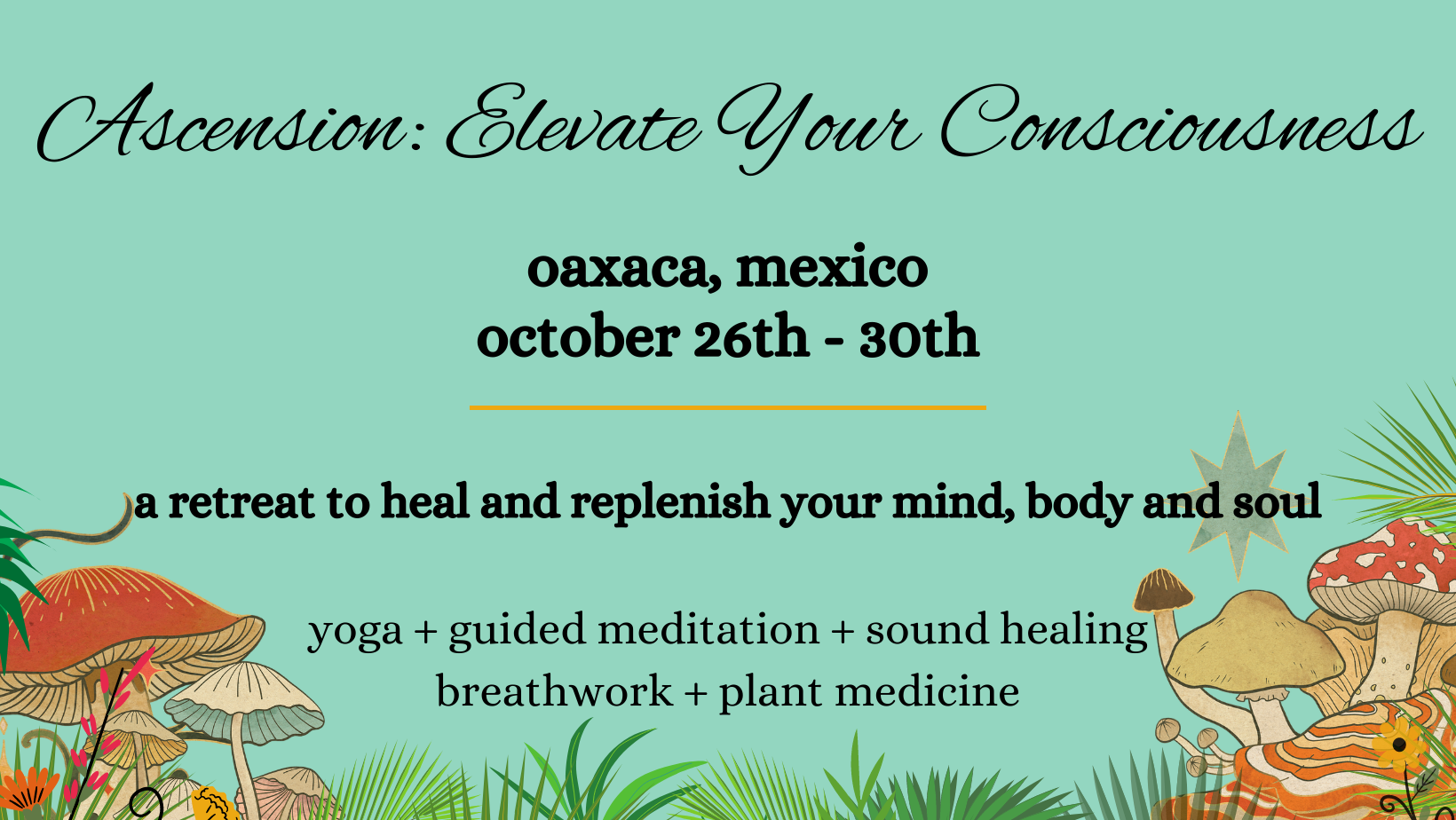 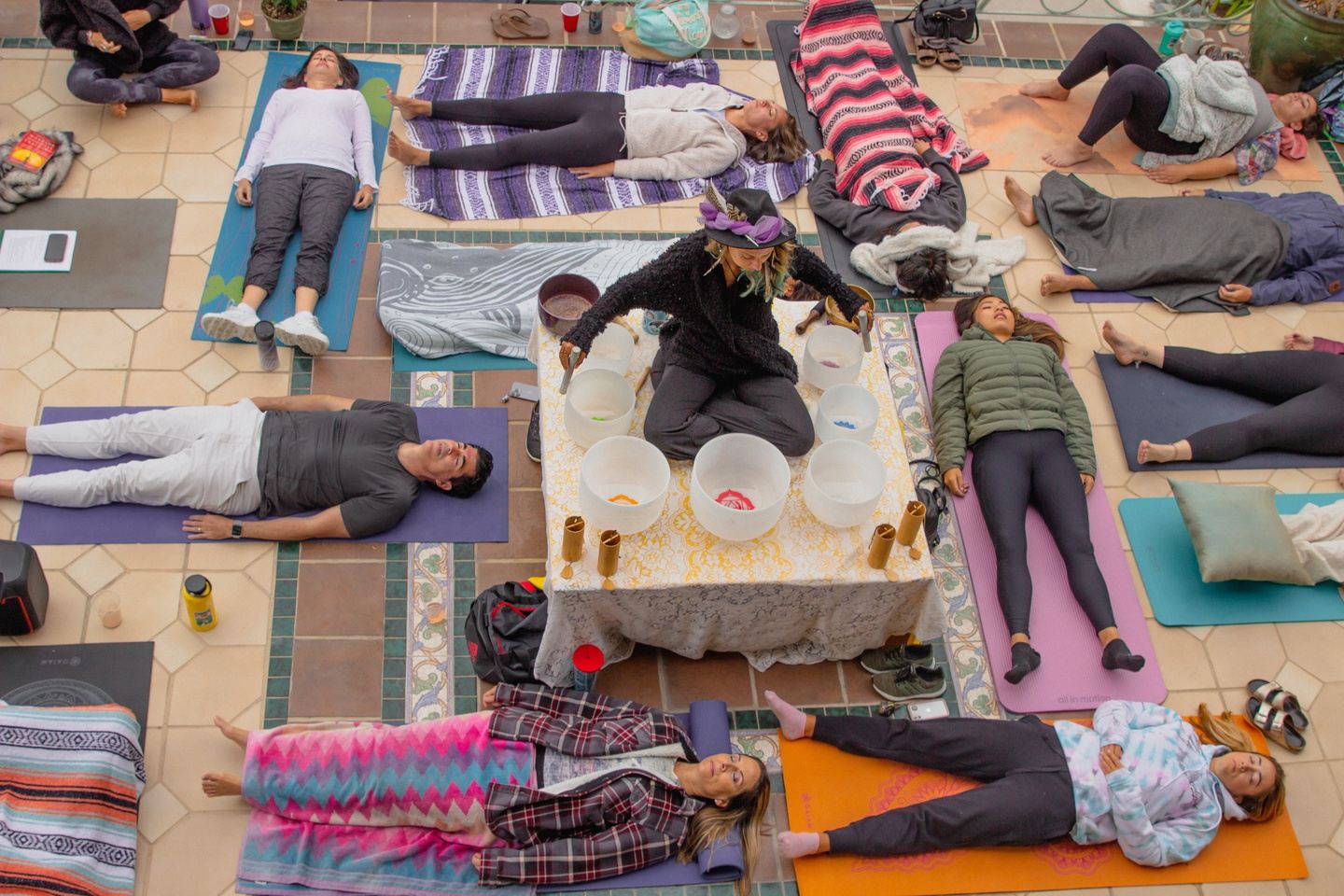 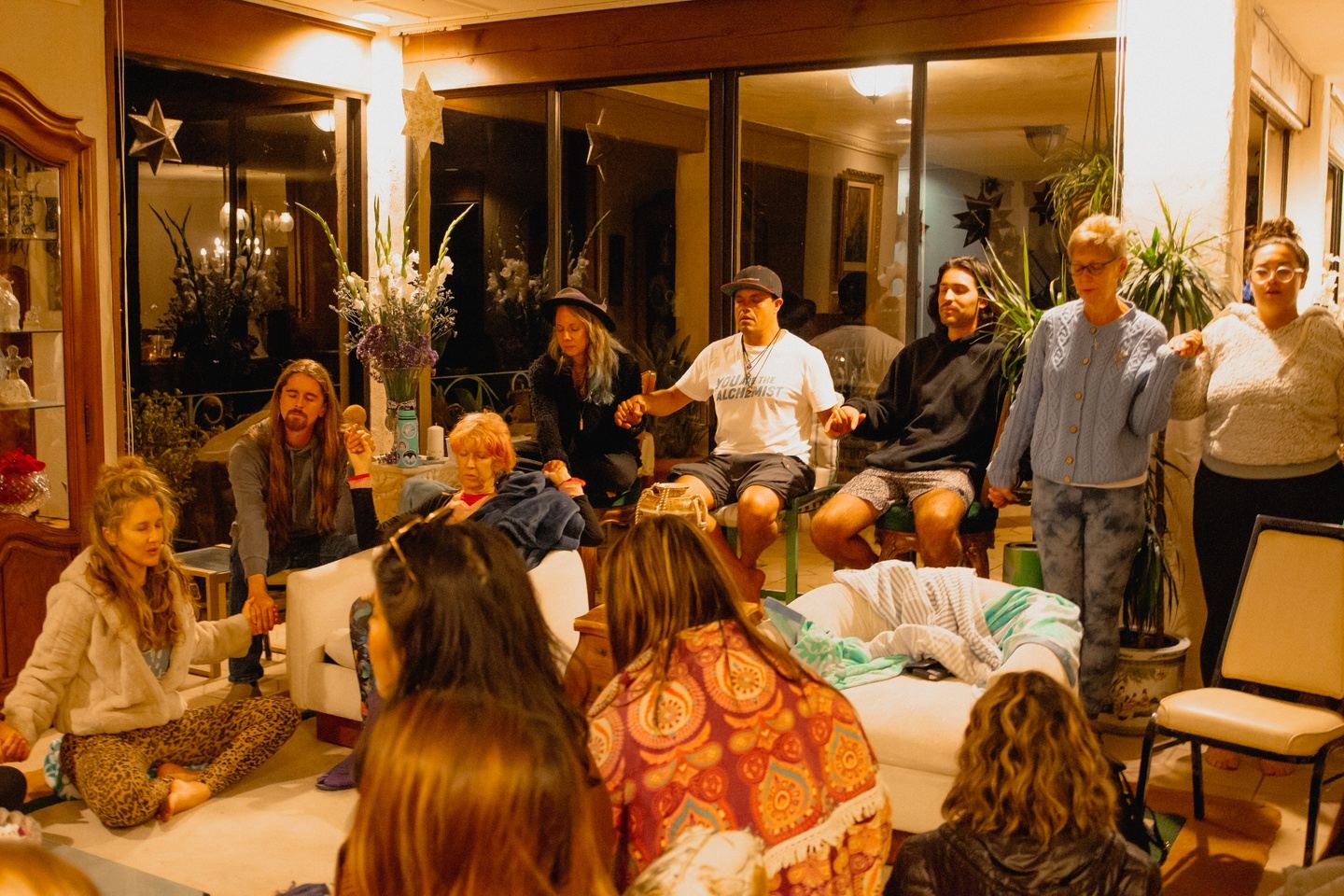 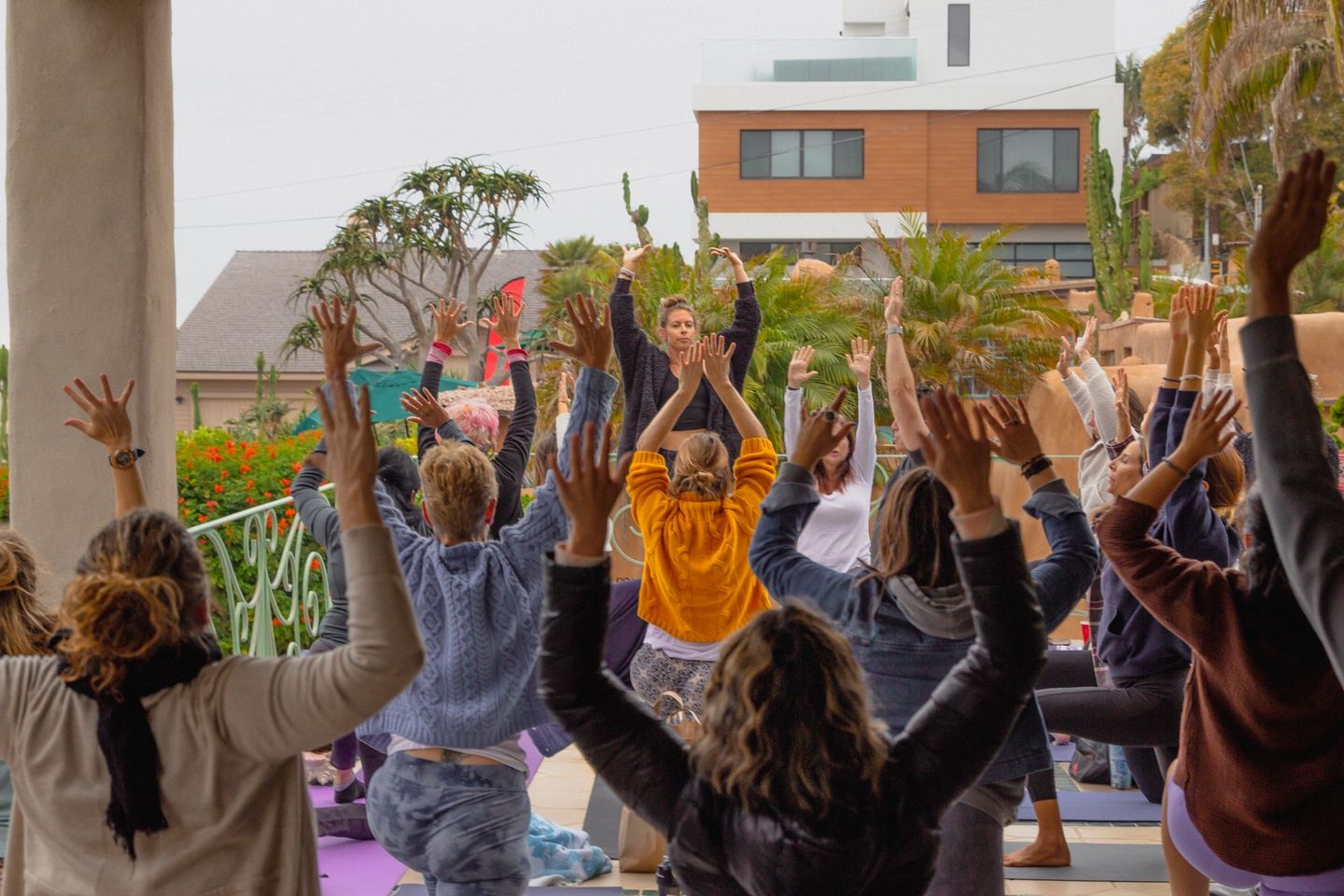 After a year of the wildly successful "Ascension: Elevate Your Mind" workshops in California, the Ascension team is ready to take our emotional, mental, spiritual, and physical growth to the next level! Together, we're going to where Gerardo's heart lives and his journey began: Oaxaca, Mexico; the world's epicenter for psilocybin mushrooms.

Find yourself under the spell of personal growth as Gerardo Urias (author of Taking Back My Mind: My Journey Out of Depression with Psilocybin Mushrooms and breathwork facilitator), Tamara Schnarr (meditation teacher, self-love coach and past life regression facilitator), Margy Rose (yoga instructor and women's empowerment coach) and Kathryn Eipl (sound wizard and relationship coach), guide you through a week of powerful transformation, shedding dysfunctional patterns and shattering the inherited traumas of our ancestors as you welcome in a new way of life, a new perspective of your yourself, your world and your place in it.

Take a journey of the soul with us!

➳ Accommodations (all private rooms with private bathrooms and a fireplace) 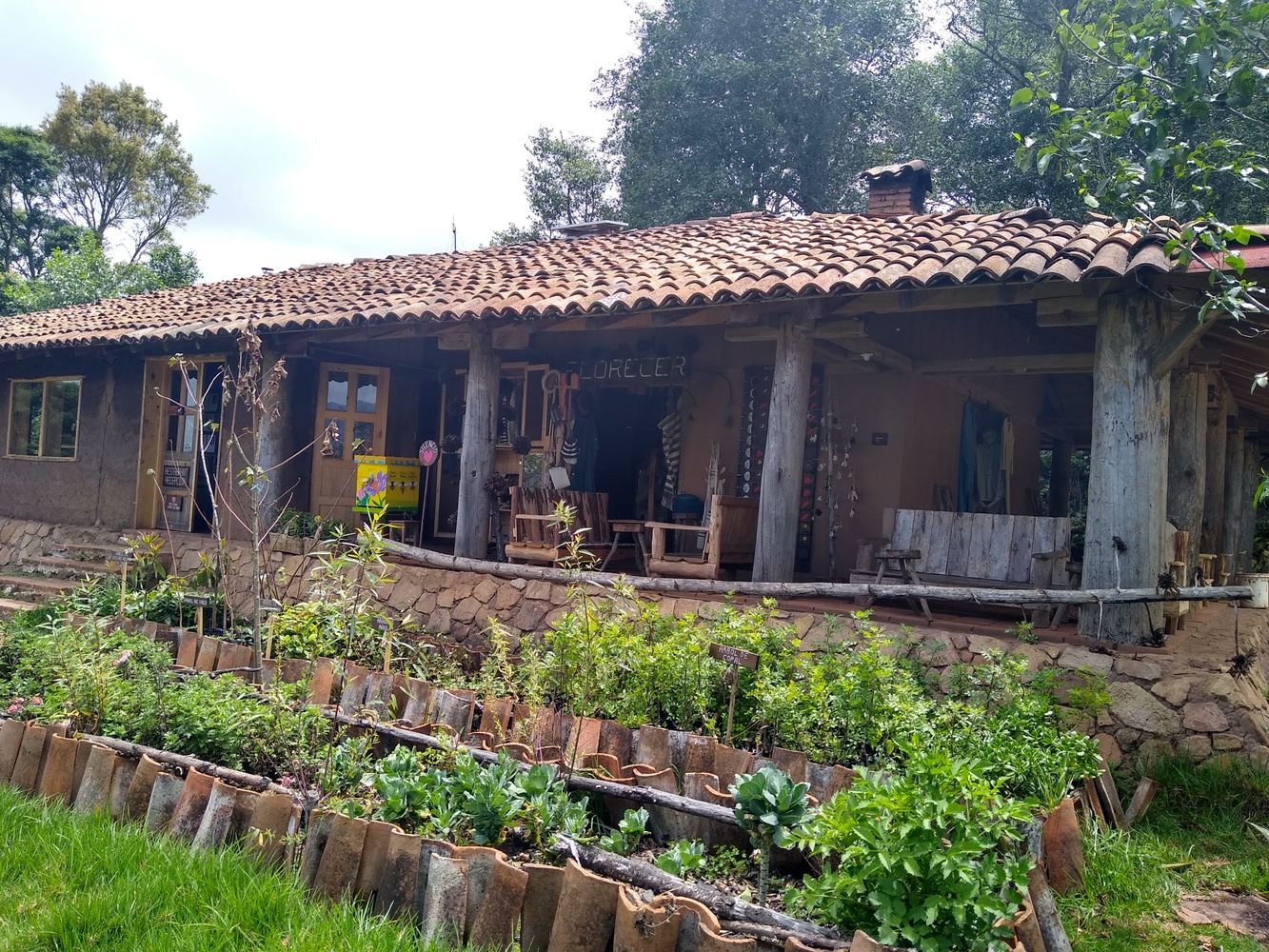 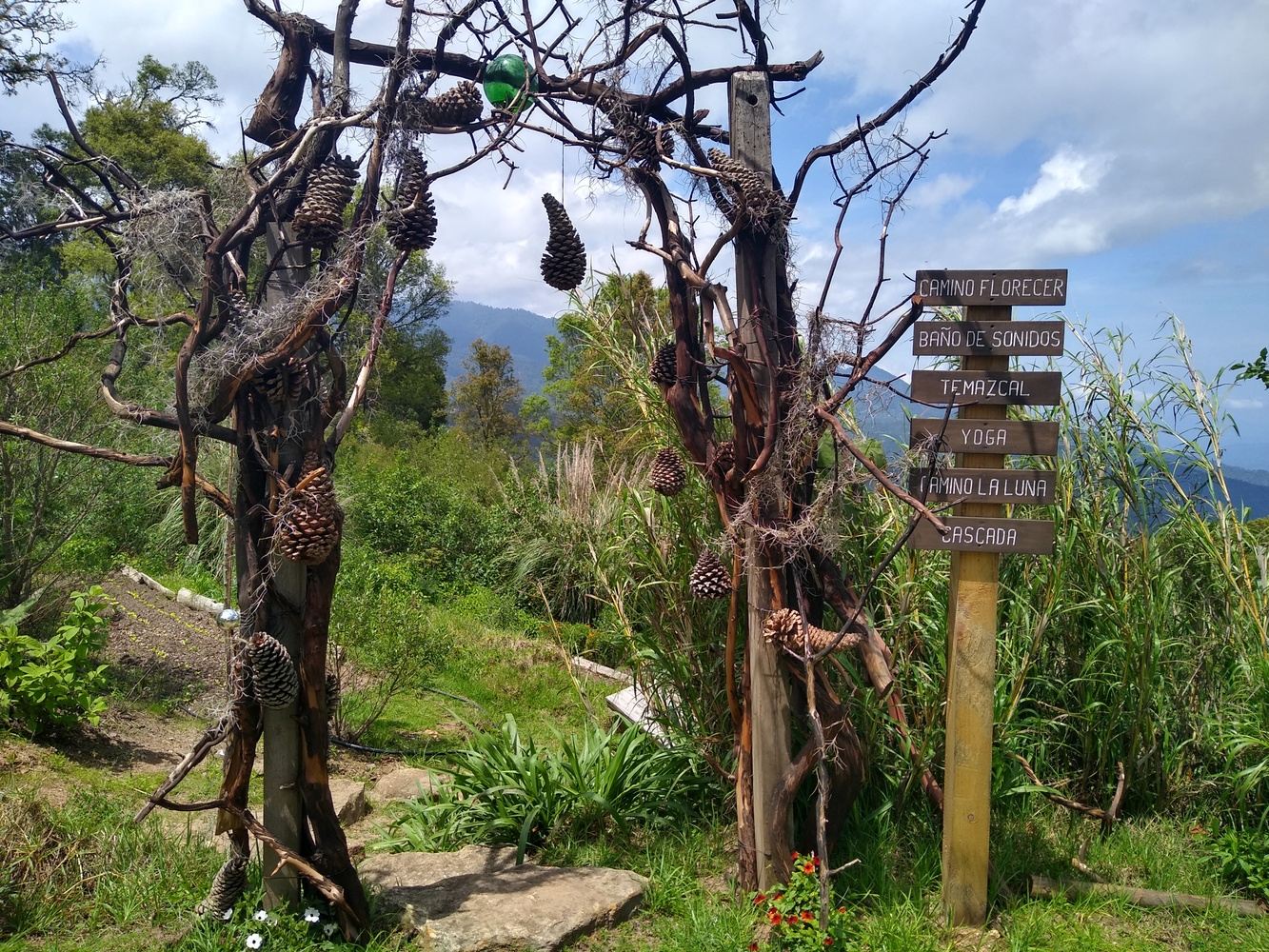 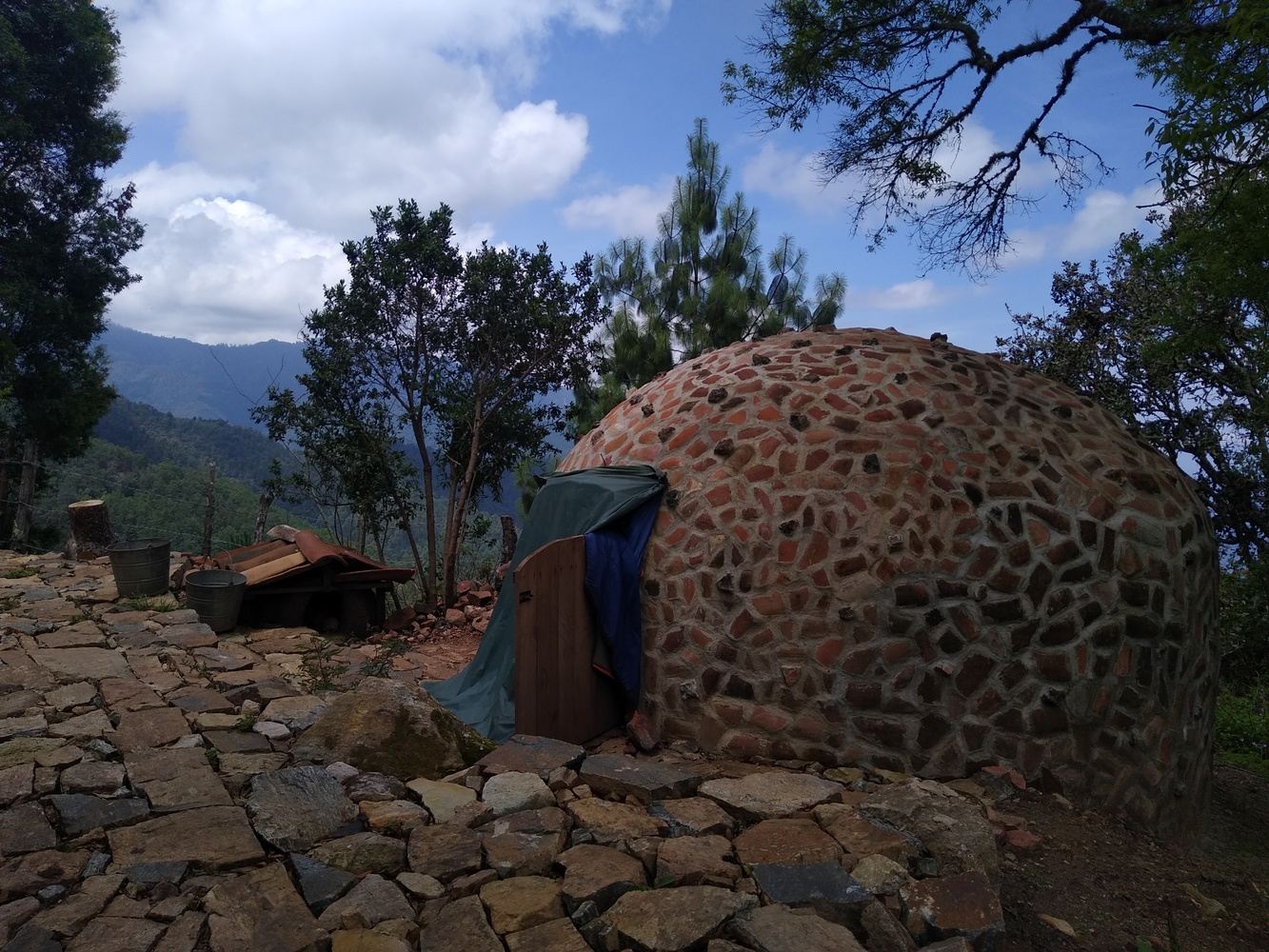 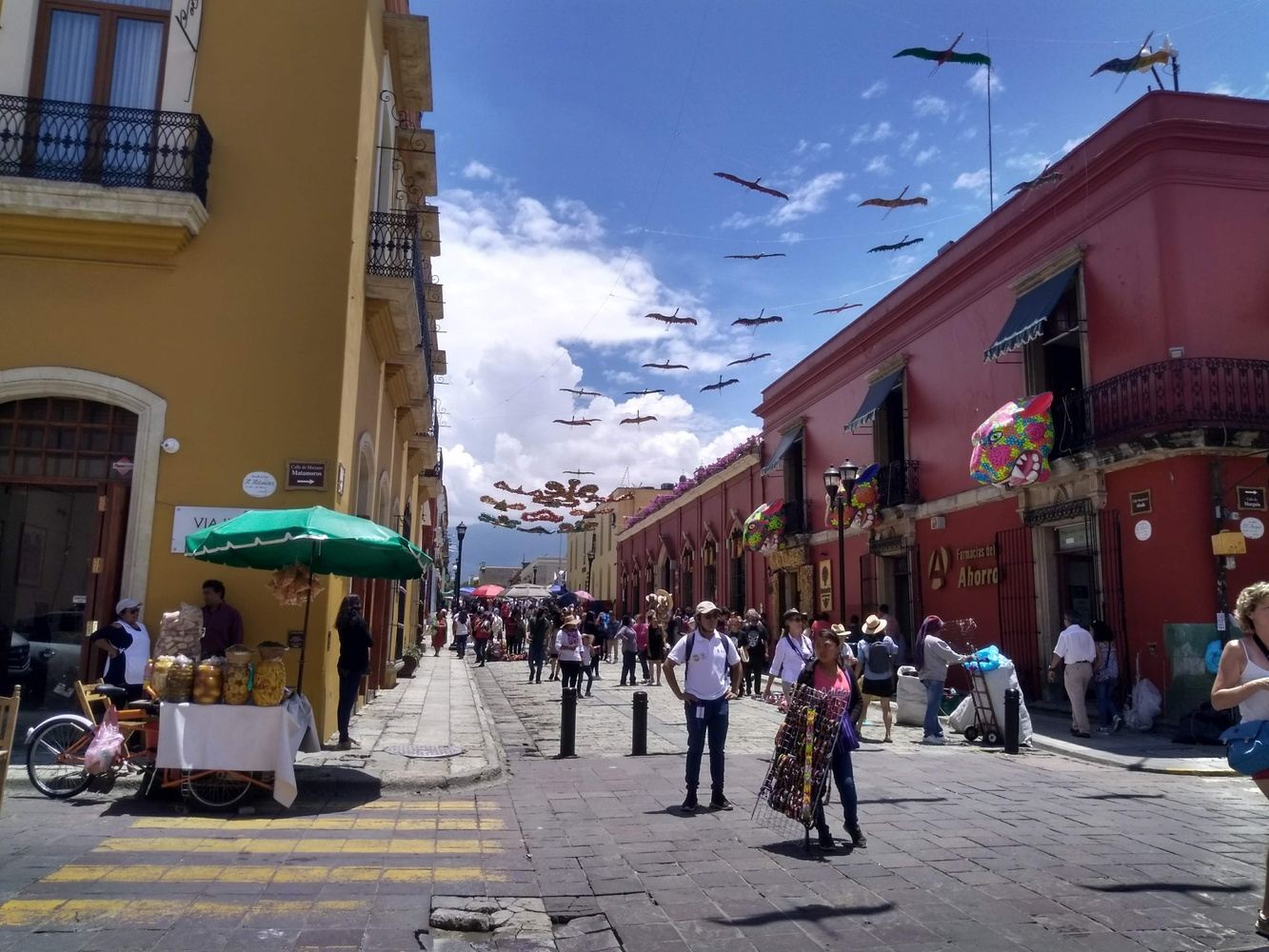 Ascension Oaxaca offers an experience of a lifetime! Bold claim? Yes. And I stand by it. Because this isn’t just any retreat that offers the usuals–we’re taking it to the next level by offering a professionally facilitated, traditional Oaxacan mushroom ceremony, where these healing plants have been used for thousands of years. Gerardo has been on the ground in Oaxaca for months, laying the foundation for this retreat, and has been fortunate enough to make some significant and impressive connections to the local medicinal healing community. The mushroom ceremony will be led by a trusted, local curandera (medicine woman) who is going to guide you in an experience back to yourself.

Truly, not many people will ever have the chance to have such an authentic and powerful experience.

This retreat will reconnect you to nature, to help you get grounded, slow down, reflect, find clarity and feel free. You’ll eat food grown on location, sit above the clouds, breathe clean air, walk barefoot and disconnect from technology.

There will be yoga, breathwork and sweatlodge to heal your body, meditation and soundbaths to heal your mind, and a psilocybin mushroom ceremony to bridge it all together to heal your soul.

If you’re interested in taking the cultural experience farther, we encourage you to stay in Mexico for Día de los Muertos, happening from November 1st through 2nd! Oaxaca is the epicenter for this holiday, and your Ascension hosts are all planning to stay for the festivities. 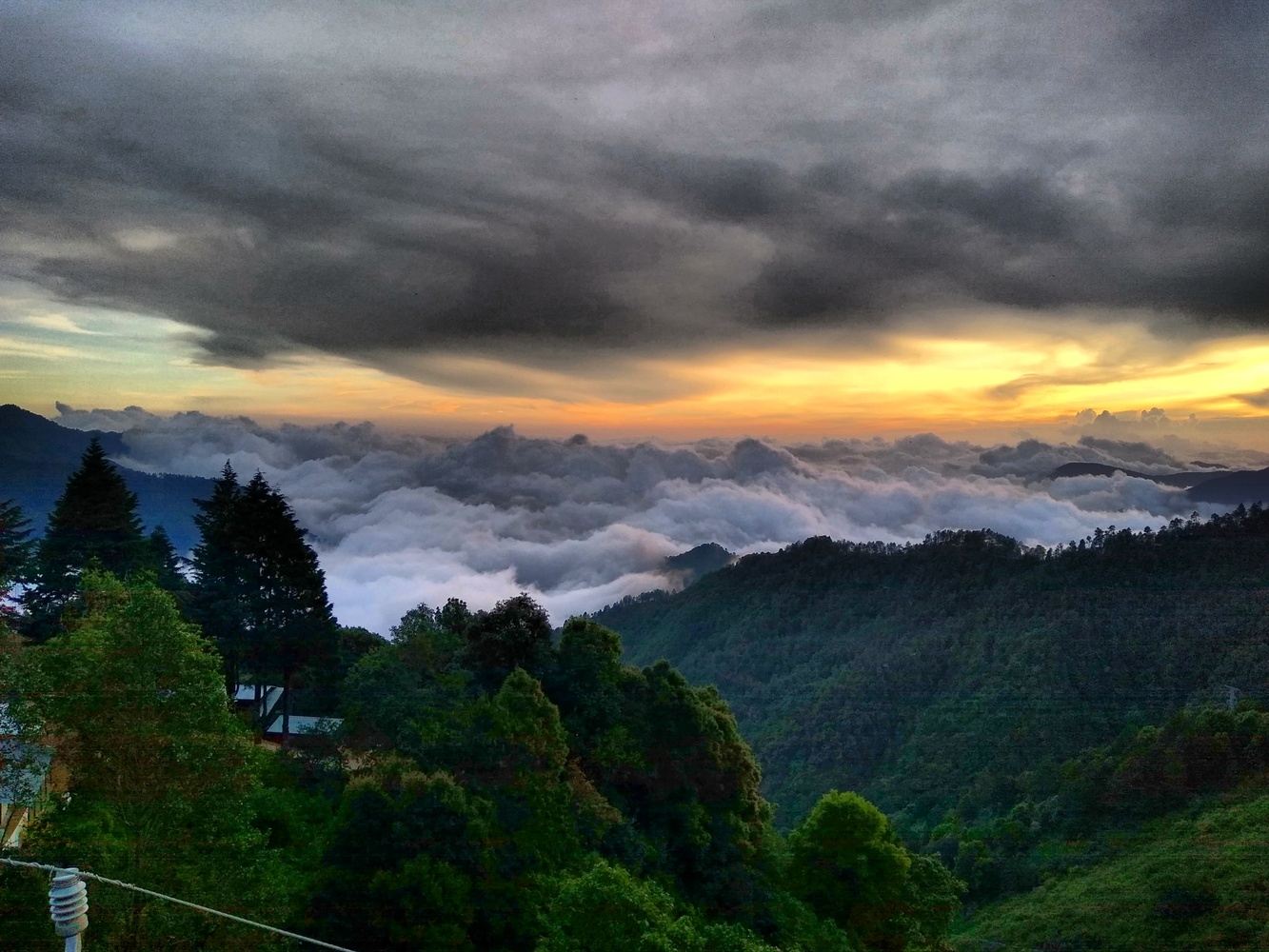 If this retreat is speaking to you, we'd love to schedule a time to connect on a call. This will give you the chance to ask questions, and us the opportunity to make sure this is the right journey for you.

We really look forward to connecting with you, and hope to have the privilege of supporting you in your healing! 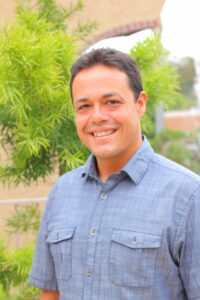 Gerardo Urias is an author, breathwork facilitator, public speaker, and an avid lifelong traveler and adventurer, spending his entire life since he turned 19 in places like Bavaria, southeast Asia, Mexico, Central America, Cuba, and Colombia. Gerardo's recently published book, Taking Back My Mind: My Journey Out of Depression with Psilocybin Mushrooms, details his journey out of depression with psilocybin mushrooms, breathwork, cold plunges, yoga, meditation, time in nature, accessing "flow state," travel, and philosophy. In what had become a suicidal downward spiral of depression, Gerardo was jolted out of this trajectory overnight with psilocybin mushrooms on December 22, 2017. Ever since that day 4 years ago, Gerardo has thrown himself into the world of self awareness, self improvement, and mental, emotional, physical, and spiritual health.

Gerardo's current projects include a documentary about his journey, a second book detailing his recent journey with 5MeO-DMT in Tepoztlan, Mexico, wellness workshops in California, and building multiple psychedelic healing retreats in California and Mexico. 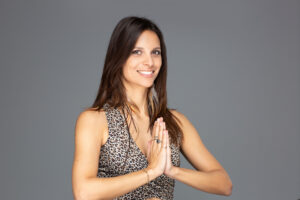 Tamara is a certified Meditation Teacher, Self Love Coach, and Past Life Regression Facilitator. She embarked on her journey of self-growth and healing after immigrating from Germany to the USA and her shortly thereafter divorce. With the support of her Life Coach at the time she experienced major changes and started a regular meditation practice. Noticing the enourmous benefits of meditation, she felt called to share this powerful practice with others.

Tamara has been leading meditation classes and workshops for companies, yoga studios, and wellness centers in San Diego ever since.

Her passion lies in deep healing meditations that decrease anxiety and stress and increase self-worth and confidence. She is committed to support others in becoming free of limitations and fear, to step into their full potential and authenticity so that they can live life to the fullest.

During her classes and workshops, she sets a high value on connection and offers a space in which people can share openly and vulnerably. Tamara believes that healing and growing is more fun TOGETHER. 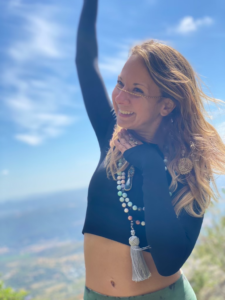 Kathryn empowers people to work through heartbreak, traumas, addiction and self sabotaging patterns and teaches them how to establish authentic connections and build healthy relationships to invite more love and abundance into their life.

She is versed in psychology and management and certifications in cognitive behavioral therapy life coaching, reiki, yoga, and meditation with an emphasis in sound therapy. In 2017, she created her own wellness practice, E.I.P.L. Healing, otherwise known as Every Individual is Love Healing. She knows that everyone is healing in their own and looking to bring more love into their life, whether it is self-love or romantic love. This is the basis for her work. Every individual has their own set of experiences and requires personalized care. Every client is treated as an individual following their own unique set of circumstances and personal goals. No two clients are treated the same.

She fuses psychology, ancient yogic practices and meditation to help people connect to themselves on a deeper level, uncovering what patterns they do not enjoy about themselves and providing a space for them to practice acknowledgment and acceptance. Then she combines cognitive behavioral therapy coaching to take it a step further and help them change their behaviors and beliefs

Healing is a delicate art form. The outcome is beautiful, but the process can be messy. Kathryn uses her knowledge of psychology and archetypes as the basis of her work. She lets her intuition and energy guide her as she taps into higher sources to facilitate healing, personal growth and transformation. She uses both, a hands on (physical touch) and hands-off techniques in her reiki sessions, often blending the two upon the client’s permission. Her sessions often combine multiple modalities including: reiki, sound therapy, meditation, soul/spirit energy work, emotional clearing / energetic cord cutting, cognitive behavioral therapy coaching, and mindfulness exercises. 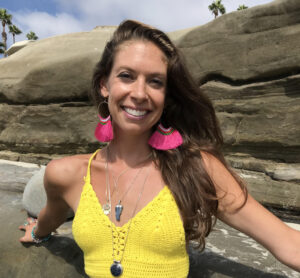 Margy is a yoga teacher and women’s empowerment coach. She’s been practicing for 13 years because, for her, yoga is the most well-rounded means to develop personal strength and empowerment–in body, mind and soul. Margy is so passionate about making all of yoga’s teachings (beyond just the physical practice) accessible because they encourage us to cultivate mindfulness and self-awareness, live with intention and reconnect to the true self, so we can grow into our potential “off the mat.”

questions? we'd love to answer them. connect with us here!

"My heart is filled with the most gratitude and love for each of the Ascension event experiences I have taken part in thus far!!! These events have left me with such depth of clarity, healing, connection and joy, that mere words cannot begin to describe how beautiful this work truly is!! The facilitators are nothing but pure love and light, and truly use their unique gifts to make this an immersive, beautiful and powerful healing experience!! I couldn't recommend working with this incredible group of inspiring individuals more!!" 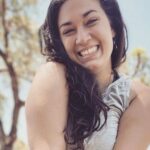 "I've been to all but one ascension workshop. During the first workshop, I felt bliss that I have truly never felt before while micro-dosing and doing breathwork. During the second workshop, I connected with new, like-minded friends. And during the last workshop, I found the courage to speak during the integration circle and found so much healing from opening-up. It was beautiful to be around others as they vulnerably shared and released things that they needed to release.

Margy, Tamara, Gerardo and Kathryn have created an incredible space for us to connect and heal, and they make you feel extremely welcome and comfortable. I hope to be able to attend their Mexico retreat because if there's anyone I would trust to guide me through that type of experience it would be them." 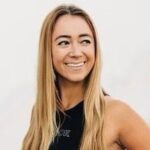 "Kathryn, Tamara, Gerardo and Margy were very welcoming as I attended my first (of 2) ascension event(s). Each of them shared their unique talents and gifts with us, creating a safe space to comfortably open up and be vulnerable. Starting with yoga guided by Margy, guided meditation with Tamara, followed by guided breath-work with Gerardo, and whimsical sound healing with Kathryn. We cried, we laughed, we shared and all felt seen & heard. My favorite is always the group share at the end where everyone goes around and shares their experiences and break throughs.

Each event offered me different perspectives in my own healing journey. One constant surfaced in both events I attended - as a species, we are all craving, and too many of us are missing, a vital piece of the puzzle - genuine human connection. These four powerful individuals have a mission and it is clear - to heal. I want to thank each of you for the work you show up and put in every single day for the betterment of yourselves, which equates to the betterment of society. The journey of healing oneself is lifelong, with no days off... Seek what is seeking you. Explore new things.

These ascension events definitely opened my eyes to a brighter way of living and connecting. I look forward to future healing with this group." 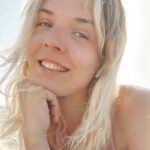